Dude, that’s not my car! 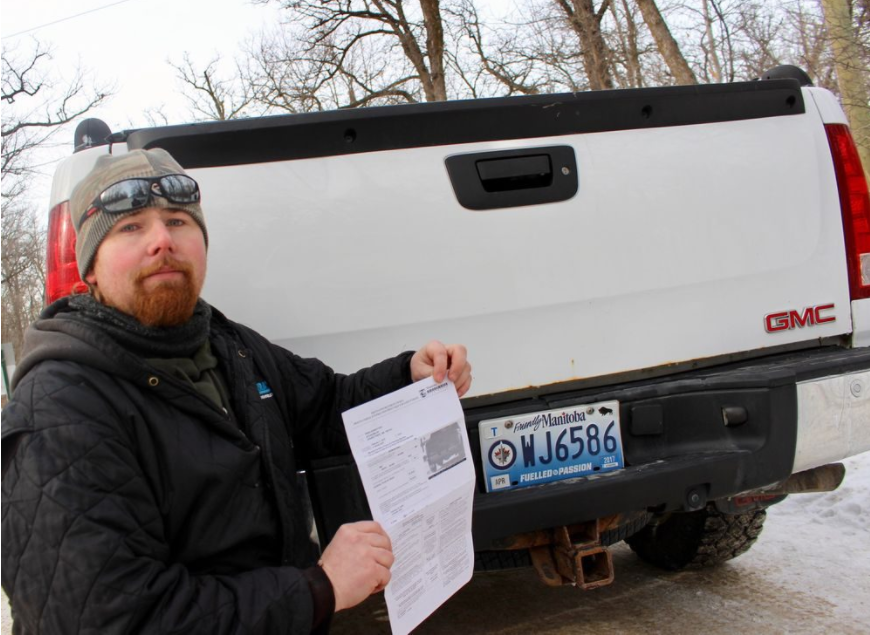 ROBERT WIENS holds the photo radar ticket for his truck.  The only problem is, it isn't his truck in the picture.

The photo radar tickets bear their names, their license plate numbers and other particulars — the only thing missing is their vehicles.

For Robert Wiens and Inga Kizilov, the tickets have cost them their time, their money and a lot of stress for what they say is a big mistake by the Winnipeg Police Service’s Traffic Division.

Yet, in both instances, the tickets ended up in each of their mailboxes, problems, they say, they shouldn’t have to deal with.

“This is the most frustrating part,” Wiens said. “I have to take time out of my day to go and fix their screw up.”

“It’s clear-as-day not my truck,” Wiens added, noting his truck doesn’t have a large ‘GMC’ emblem in the middle of the tailgate, as the truck on his ticket shows. “You can’t even tell what the license plate reads on the ticket and that truck in the picture is dark blue or black.” 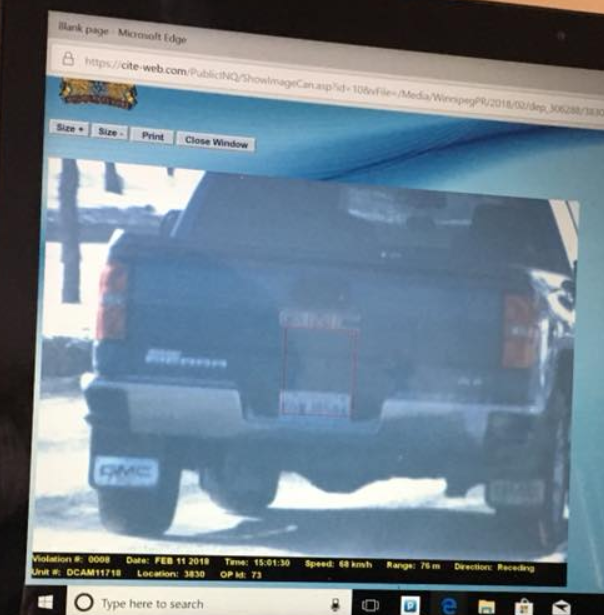 Kizilov received her ticket in October of last year. She said she couldn’t remember speeding through a red-light camera, and her son noticed that the vehicle in the picture didn’t look like hers, nor did the license plate.

“It had all my information, but that wasn’t my car (pictured on the ticket),” said Kizilov, who drives a black Dodge Journey. She said the car pictured on her ticket was a Dodge minivan in a lighter colour.

Kizilov only came to Canada a year ago, moving from her native Israel with her family. She had an accident where she sustained a leg injury, requiring her to use a cane. She limped into Manitoba Justice at 373 Broadway, taking time off work, only to be told she had to set a court date to clear her name.

“I was told that people tend to change the plates between the cars,” Kizilov said. “When I tried to understand why the mistake was made, I was told by the Crown that it wasn’t their problem and I would have to settle it in court.”

Kizilov is still waiting for that court date.

On Tuesday, Winnipeg police said photo enforcement tickets are reviewed and the information is verified by trained enforcement officers.

“The process has several steps to ensure accuracy before photo enforcement tickets are issued to the registered owner,” police said in an email to the Sun.

Police noted that vehicle information is obtained from the Registrar of Motor Vehicles and that the vehicle description may or may not reflect the vehicle in the image “for a number of reasons.”

Todd Dube from WiseUpWinnipeg, an advocacy group that tries to educate the public when it comes to photo enforcement in the city, said tickets arriving in the mailboxes of innocent people is nothing new.

“They want to issue as many as possible, they don’t want to let any of them go,” Dube said.

Police said vehicle owners that have been issued a ticket where they believe the license plate on the ticket is not correct can contact 311, where they will be required to provide personal information and the ticket number.

That information provided, police said, will be reviewed and the registered owner will be contacted by the Winnipeg Police Photo Enforcement section. 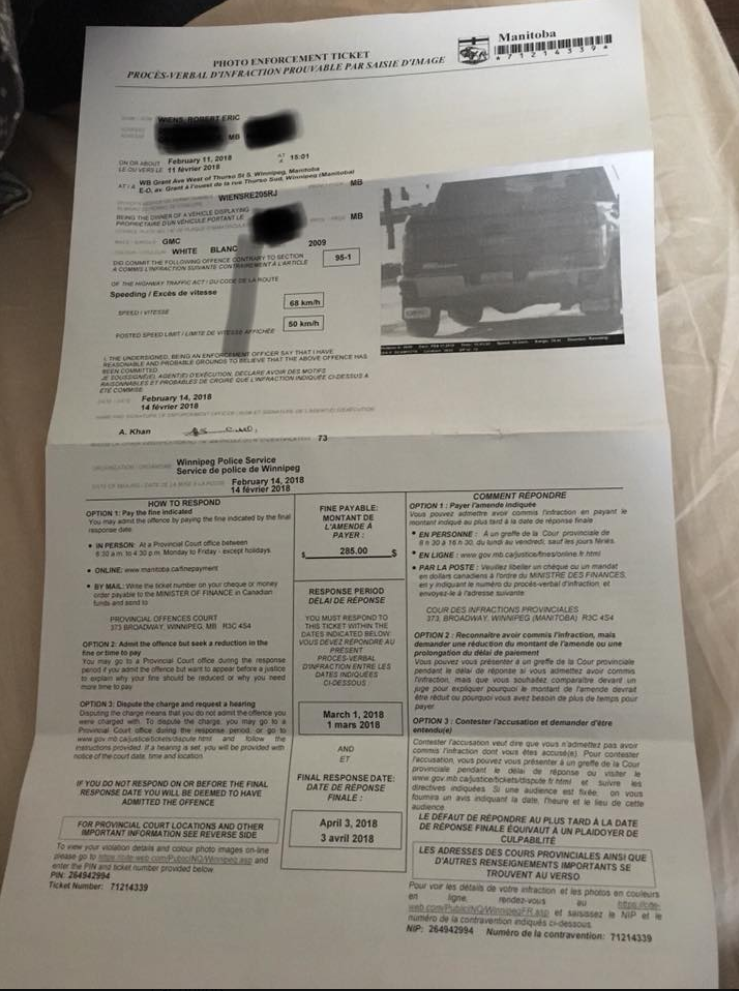